People around the world want to solve some of our most difficult problems by re-opening businesses.   What problems are those?

Retirement systems are under funded.  We don’t have enough jobs for all of the people, particularly the unskilled and those with responsibilities outside of the labor force.  We are also having difficulty caring for those who have pre-existing medical conditions.  What is the solution?  Re-open the economies of the world.

In a world searching for answers, this (sarcastic) post may highlight the solution that many are proposing.  Open it all back up!

Here is the current case fatality rate.  About 7% of people who get COVID-19 die and in North America that rate is likely closer to 6%.  New York city’s data suggests that 72% of those who die are over the age of 65. 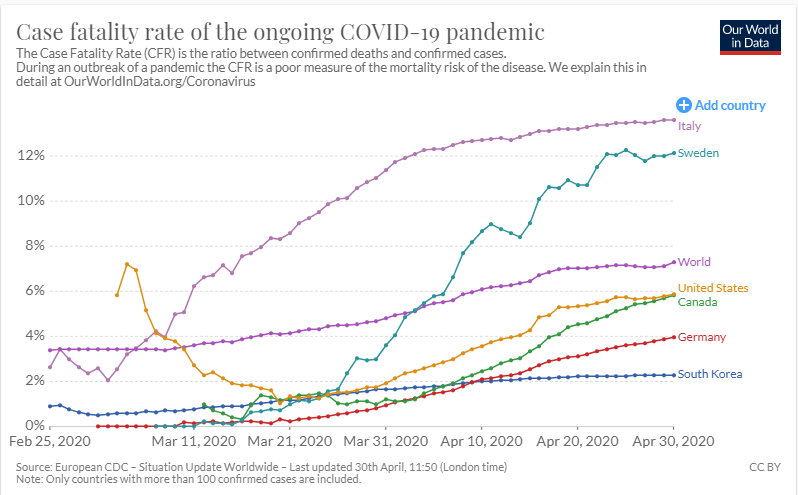